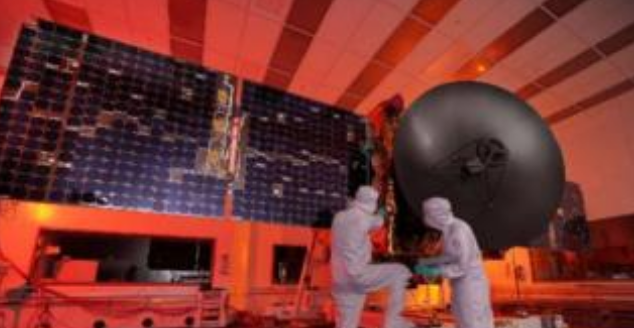 The first Arab space mission to Mars is preparing to take off in a few weeks, and refueling for the mission will begin next week.
It will take the spacecraft seven months to travel 308 million miles to reach Mars and its orbit, from where it will begin sending important information about Mars and its climate and atmosphere. ۔
The robotic spacecraft will orbit Mars for 687 days to collect appropriate data on Mars' climate and environment.
It will take the spacecraft 55 hours to complete one orbit around Mars
In a briefing, Monday, the mission's leader, Sarah Al-Amiri, said the project should encourage Arab youth to start their careers in space engineering.
The robotic spacecraft, called 'Amal', will be launched into space on July 14 from a remote Japanese island, Tanagashima.
The spacecraft, powered by a Japanese rocket, has three types of sensors that will monitor the complex atmosphere of Mars. They include a high-resolution multi-band camera that will measure the planet's dust and ozone. 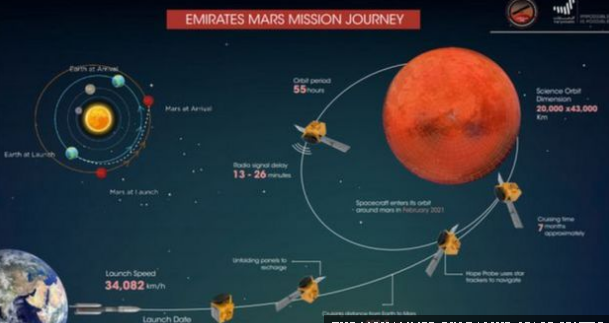 The second is an infrared spectrometer that will measure the atmosphere of the planet and the third is a spectrometer that will measure the levels of oxygen and hydrogen.
Ms. Al-Amiri says one focus of the study will be on how these two elements needed for water are disappearing from the planet.
"So far, many space missions have focused on geology, but this spacecraft will provide the most comprehensive images and data of Mars' climate," said Sir EN Blachford, director of the UK's Science Museum Group.
The United Arab Emirates has a track record of space travel. It has previously sent a satellite into Earth orbit and sent one of its astronauts to the International Space Station.
The first Arab to go into space was Prince Sultan bin Salman Al Saud of Saudi Arabia, who flew the US space shuttle in 1985. 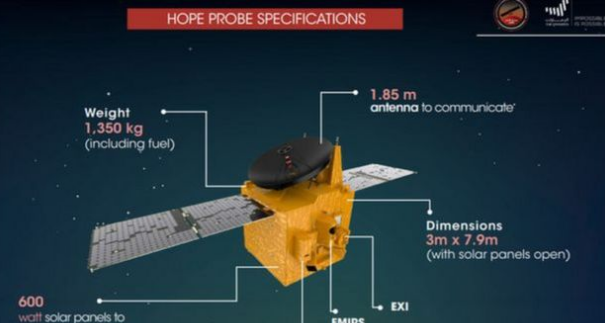 But this is a very different mission.

The spacecraft was built in Colorado and then shipped to Japan, where all its engineers had to be immediately quarantined due to the Coronavirus epidemic, which delayed the launch.
Monica Grady, a professor of planets and space science at the UK's Open University, believes the Mars mission will revolutionize the space industry, which is under the influence of the world's major powers.
This is a real step forward in the discovery of Mars as it shows that nations other than the European Space Agency and NASA can go there.
He said."We hope this mission will succeed because the Mars mission has a very long history of failures,"
DW News Spot
Tags science