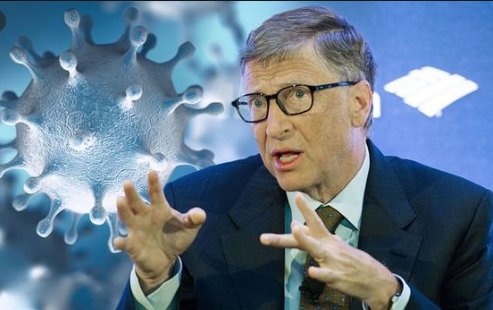 There have been rumors and claims about the coronavirus vaccine, and anti-vaccine groups are gaining popularity through claims made in various social media posts.

What are the rumors about 'microchip' and why are they not true?

First of all, let us mention a false claim that has become very popular all over the world.
According to this claim, the global epidemic of coronavirus has been spread so that microchips can be implanted in humans and they will be 'traceable' ie their location can be determined. At the same time, it has been said that behind all this is the hand of Bill Gates, the founder of Microsoft.

Also, when we heard from the Bill & Melinda Gates Foundation, they said that this claim is false.
The head of the Communist Party of Russia said this week that the so-called "globalists" had backed a plan to "secretly implant chips in humans" and that this work would probably be done soon.

He did not name Bill Gates, but Roger Stone, a former adviser to US President Donald Trump, claimed that Bill Gates and others were using the virus to inject
A new YouGov poll of 1,640 people suggests that 28% of Americans believe   Bill Gates wants to use the vaccine to inject microchips into humans. That was 44 percent of Republican supporters.

The rumors gained momentum in March when Bill Gates said in an interview that "we will have some digital certificates" that will tell us who has recovered, who has been tested, and who has been vaccinated. ۔ He did not mention microchips. 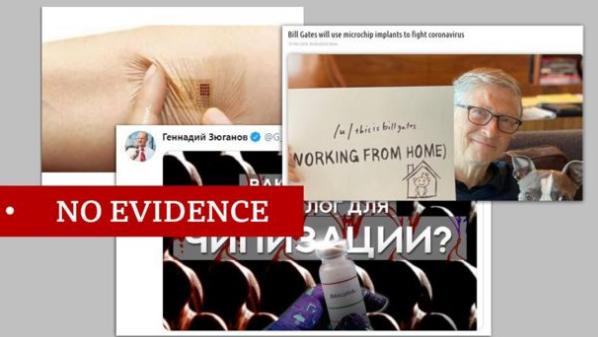 He said an article titled "Bill Gates will install microchips to fight the coronavirus" began circulating on the Internet.

This article cites research from the Gates Foundation. The study was about a special ink that can be injected into a person and will contain someone's vaccine record.

But this technology is not a microchip, it is like an invisible tattoo. Research scientist Anna Jenklink says it has not been introduced yet, but it will not be able to track people or enter any personal information into the database.

The Bill & Melinda Gates Foundation says: "The reference to digital certificates refers to efforts to create an open-source digital platform to ensure safe home testing."
Bill Gates didn't say that about vaccines!
The billionaire owner of Microsoft has been accused of making false rumors about the vaccine.

The tweet, which has more than 45,000 retweets and likes, is a hoax and distorts Bill Gates' words.

In this video, Gates talks about the effectiveness of vaccines in the elderly and their negative effects.
They present a hypothetical situation in which the potential damage from adverse effects is assessed. "If one in 10,000 people had a negative impact, seven million people would be affected," he said.

He did not "acknowledge" that the vaccine would kill seven million people.

Conspiracy theories about Bill Gates have reached the Italian parliament, where an independent lawmaker has demanded that Bill Gates be summoned to the International Criminal Court for crimes against humanity.

Profits from the epidemic?

A strong campaign against vaccination is underway in Italy. The caption of an Italian video that has been viewed more than 700,000 times on Facebook claims that the epidemic has been 'invented'.

Behind this clip is the voice of  Dr. Stefano Montanari. He is an Italian pharmacologist who claims that the real goal is to get everyone vaccinated.

They claim that the epidemic will continue until a vaccine arrives that "does not bring more money and corruption into the pockets of some people."

"It's a sensational lie, but a very successful one," he concludes the video.

But there is no evidence to substantiate his claim that the whole epidemic is a drama. Indeed, any pharmaceutical company that develops its vaccine could potentially make a profit from it, but the idea that an epidemic will be created for profit is a far cry.
Tags Coronavirus Covid-19

US presidential election: Can anti-racism protests in the US lead to Trump's defeat?