Dexamethasone proved to be the first life-saving drug 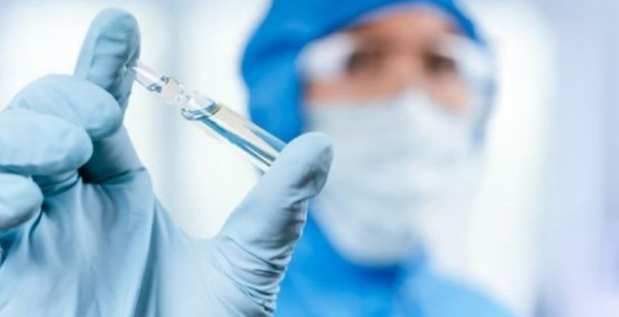 The lives of critically ill patients with coronavirus can be saved with a cheap and widely available medicine.

Experts in the UK say the successful treatment with the low-dose steroid drug dexamethasone is a "tremendous breakthrough" in the fight against this deadly virus.

The drug is part of a larger global treatment trial to see if any of the popular drugs are effective against the coronavirus.

Researchers say that if the drug had been given to patients as soon as the epidemic broke out in the UK, about 5,000 lives could have been saved.

Besides, poor countries with a large number of Code 19 patients can benefit greatly.

About 19 out of 20 coronavirus patients recover without going to the hospital. Most of those admitted to the hospital also recovered, although some need oxygen or artificial respiration.

And in patients who are admitted, those who are in critical condition benefit from the use of dexamethasone.

This drug is already prescribed to reduce inflammation in many disorders, and apparently, this drug also reduces the damage to the body's immune system in the fight against the coronavirus and eliminates the virus.

An overdose of the body's immune system is called cytokine and can be fatal
During the trial, which was supervised by an Oxford University team, 2,000 patients were admitted to the hospital with dexamethasone and then compared to 4,000 patients who had not been given the drug.

"So far, this is the only drug that has reduced, and significantly reduced, the death toll," said Professor Peter Horby, head of the researchers. This is a great development. "

Another researcher, Professor Martin Landre, says that one in eight patients who need artificial respiration can survive with the drug.

Similarly, at least one out of every 20 to 25 patients on oxygen can be saved.

"The benefits are obvious," he says. And dexamethasone treatment for 10 days costs five pounds (approximately $6) per patient. Which means 35 pounds of life-saving medicine is available worldwide
Professor Landrey says the drug can be given to patients in hospitals if appropriate, but people should not take it on their own at home. 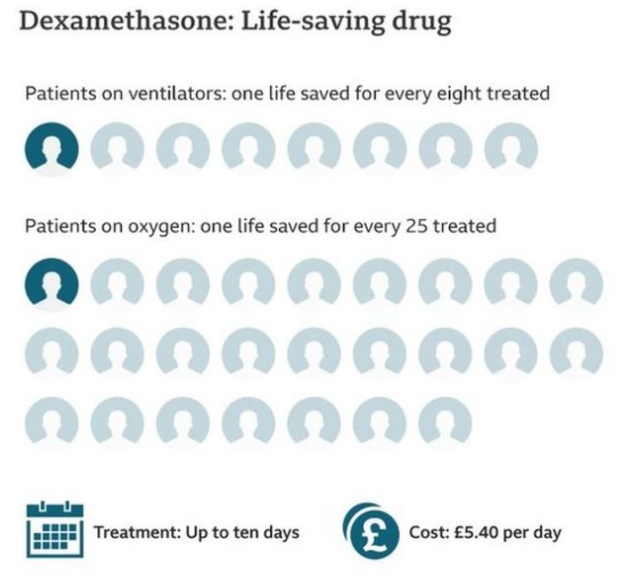 Dexamethasone is not beneficial for people who do not have severe symptoms of the coronavirus and do not have difficulty breathing.

The trial, called the Recovery Trial, has been going on since March. The trial also included the malaria drug hydroxychloroquine, which was later discontinued due to concerns that it could increase the risk of heart disease and death.

Another antiviral drug, Remediver, which is helpful in early recovery from the coronavirus, is already available for treatment at the UK's National Health Service or NHS.

According to the DW News Spot health correspondent
dexamethasone has been used for a variety of ailments since the 1960s, including asthma and joint pain. More than half of all patients with COD 19 who need a ventilator die, so a one-third reduction in the death rate is a significant achievement.

The drug is given intravenously to critically ill people, while it is given in pill form to patients with mild symptoms.

The most important thing for Fergus Walsh is that this steroid is not very expensive or rare and its use can immediately benefit many sick people around the world.

So far, only remediation, a drug designed to treat the Ebola virus, is effective against coronavirus.

The drug has been shown to reduce the symptoms of code 19 to 15 to 11 days, but there is no evidence that it has reduced the number of deaths. While dexamethasone has been available for many years, Remedicavir
is a relatively new drug that is in short supply and has not yet been priced.
Send feedback
Tags Coronavirus Covid-19