The story of Negroes living in the United States, despite the passage of centuries, could not get rid of the prejudice of the white majority.
It is a crime to try to buy a cigarette by giving a fake note, but it is not so big as to take the life of an unarmed person. However, this is possible in the world's only superpower.
On the evening of May 25, a white police officer brutally murdered a black George Floyd for committing the same crime. George had been committing petty crimes in his youth. Then he realized that he was on the path to sin. So he left his hometown and moved to a new city, Minneapolis, to start a new life. Now he often lectured blacks to change their fortunes and stay away from crime by adopting education and skills. But American law put its knees on the neck of the same black preacher who was calling men to goodness in his community.
Police officer Derek Chavin knelt on George's body like a master, revealing the negative mentality or psyche that the majority of white Americans have not been able to get rid of, even after a hundred years. Even blacks are treated with contempt and prejudice by those who consider them their mercenary slaves. The white majority in the United States have not been able to get rid of the negative mentality because even in modern times, many white elites in the American elite have a prejudice against blacks and consider them second-class citizens. From 1968 onwards, Badal gave rights to black people due to pressure, otherwise, he was not in favor of it. 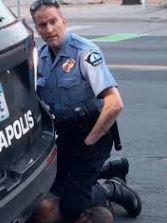 There are more than 40 million blacks in the United States. They make up 12.8% of the total population (approximately 33 million). The majority of blacks are descendants of Africans who were brought to the United States as slaves between 1500 and 1865. The majority of white masters perpetrated various forms of oppression on the slaves, which their historians described in their books. Keep doing Speaking at the annual meeting of the American Anti-Slavery Society (held in 1834), an anti-slavery organization, he told the audience, "The majority of American masters are cruel to their slaves. It is a miracle to have mercy on them. "
Slavery is an ancient practice, but it is the Western powers that have turned it into a well-organized trade and business. In the fifteenth century, Spain, Portugal, Britain, France, Denmark, etc. began to occupy African and Latin American countries. The warlords of these Western powers established vast farms in the conquered territories. Slaves were brought from African masters to work on farms and later in factories. In the beginning, these slaves were prisoners of war who fell into the hands of Western forces in wars. Later, African citizens began to be bought and sold as slaves. Today, Western powers promote human rights, democracy, and humanitarianism. But in the past, the cruel, immoral, and inhumane trade of slaves has been a disgrace to their feet.
During this trade, 12 million Africans were enslaved and brought to Europe, America, and Latin America. These slaves served white landlords, industrialists, government officials, and even priests. In most places, they had no human rights. It was common to beat them. Many bosses insulted African women. Frightened by the persecution, if a black man ran away, whites would chase him and kill him. Through the efforts of Abraham Lincoln and other philanthropic American leaders, slavery was finally abolished in 1865. But these leaders have not been able to erase from the minds of millions of white people the idea that they are masters and black slaves! That is why even today, under the influence of this sense of superiority and arrogance, sometimes Derek Chawin is forced to strangle George, and sometimes whites shoot every black man as a criminal. 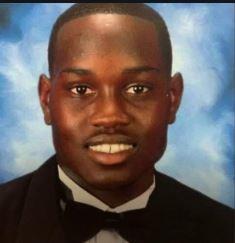 A similar tragedy occurred on February 23, 2020, in the state of Georgia. Ahmad Arbury, a 25-year-old black man in Glynn County, Georgia, was jogging when suddenly two white men in a van chased him. Ahmad tried his best to avoid them but could not succeed. A white man shot and killed him. It was later revealed that the two were white father and son. He believed that Ahmad Arbari was the same thief who had been committing thefts in his area for some time. So instead of informing the police, they killed Ahmad, even though he was not a thief. So the local white administration tried to save him.
It was said that the father and son shot Ahmad due to a misunderstanding. But a video testified to his guilt. The video was taken by his neighbor, William Bryan, who was driving behind him. In the video, it can be seen that the armed father and son are actively pursuing the unarmed Ahmad. The poor man is running here and there to escape them. At last, they catch him. Ahmed tries to snatch the gun and fails. Guevara Michael stabbed him three times in the stomach and killed him in broad daylight.
The video caused a stir in American society. When George Floyd was assassinated, protesters demanded the arrest of Ahmed Arbury's killers. Due to public pressure, the father and son were finally taken into custody 74 days later. Just think, if Ahmad had been replaced by a white man and blacks or Muslims would have chased him and killed him, there would have been a storm in America. The media would then go to great lengths to prove that blacks or Muslims are terrorists. But this time the killers were white, so at the beginning not only the American media remained silent but also there was no movement on social media. Had the video not surfaced, the assassination of Ahmad Arbari would have escaped justice. Now her grieving parents are hoping for justice. 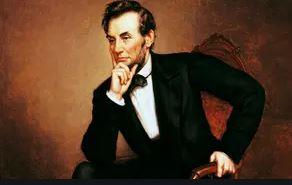 Abraham Lincoln tried hard to establish a system of justice and equality in the United States, but he was killed by a man who believed in white supremacy. Soon after Lincoln, whites became elites in the United States and seized national resources. He then imposed a cruel and unjust system on the people which exploits them in various ways. A notable example of this is given.
During recent protests in the United States, blacks in several cities looted retail stores of well-known companies. Millions of crores of rupees worth of goods are kept for sale in these stores. The question is, why did black youth target stores selling popular brands? The reason is that they are a clear sign of the persecution of blacks and are related to American prisons.

The ruling elite in the United States has empowered the police force to protect its interests. Protecting the interests of the elite, not the people, is the primary responsibility of the American police. And there are a lot of whites in the force, most of whom are racist and bigoted. The war on drugs began. Under the guise of this war, the American elite pursued a plan to enslave blacks again. That is how the police started arresting thousands of black people every year for some crime. At one point, "50 percent" of the prisoners in American prisons were black. Their roundup was carried out for a specific purpose. That purpose was to provide cheap manpower.
American prisons treat prisoners differently. In return, they receive very little compensation. Today, for example, the minimum wage in the United States is $7.25 per hour. But convicts in prisons receive only $3.3 an hour. As a result, American police began detaining black youth, even on trivial matters. The point was that large multinational companies and corporations should get cheap manpower. Today, the products of most of the 500 largest (Fortune) companies in the United States are manufactured directly or indirectly by prisoners in prisons. Thus, the American elite found a new way to exploit prisoners, especially blacks. Experts have dubbed this procedure the "Prison-industrial complex".
Estimate the size of the Prison Industrial Complex, the world's only superpower, with 2.2 million inmates in US prisons today. Most of them make products for multinational companies. Americans make up only "4%" of the world's population. But internationally, "22%" of all prisoners are in US prisons. It reveals the bitter truth that the greedy and greedy American elite has turned their captivity into a business. He takes advantage of the compulsion and helplessness of the prisoners to make them work and gives them a small increase in return. Thus, it got a very cheap workforce that helps companies increase profits.
The exploitation of human beings to make as much money as possible has become a hallmark of American capitalism. It is a bitter truth that American prisons are schools of crime for black youth. Adopts every tactic. So when they are free, they commit crimes again and go back to jail. Thus, they keep coming and going in the jails and cheap labor is constantly available to the Prison Industrial Complex.
It is clear from the facts that it is in the interest of the American elite and the police to keep blacks addicted to deliberate crime so that they not only have access to cheap manpower but also a strong grip on American society. He wants to perpetuate his rule. But recent protests against the elite in the West have shown that whites are now angry with their rulers. That is why in America, especially white youth and students. This new change could weaken the elite's grip on Western governments and societies in the future. At the very least, they will be forced to provide more facilities and privileges to the people. Let them be satisfied. Otherwise, the mass protest will become a movement.
A voice of DW News Spot
Tags world